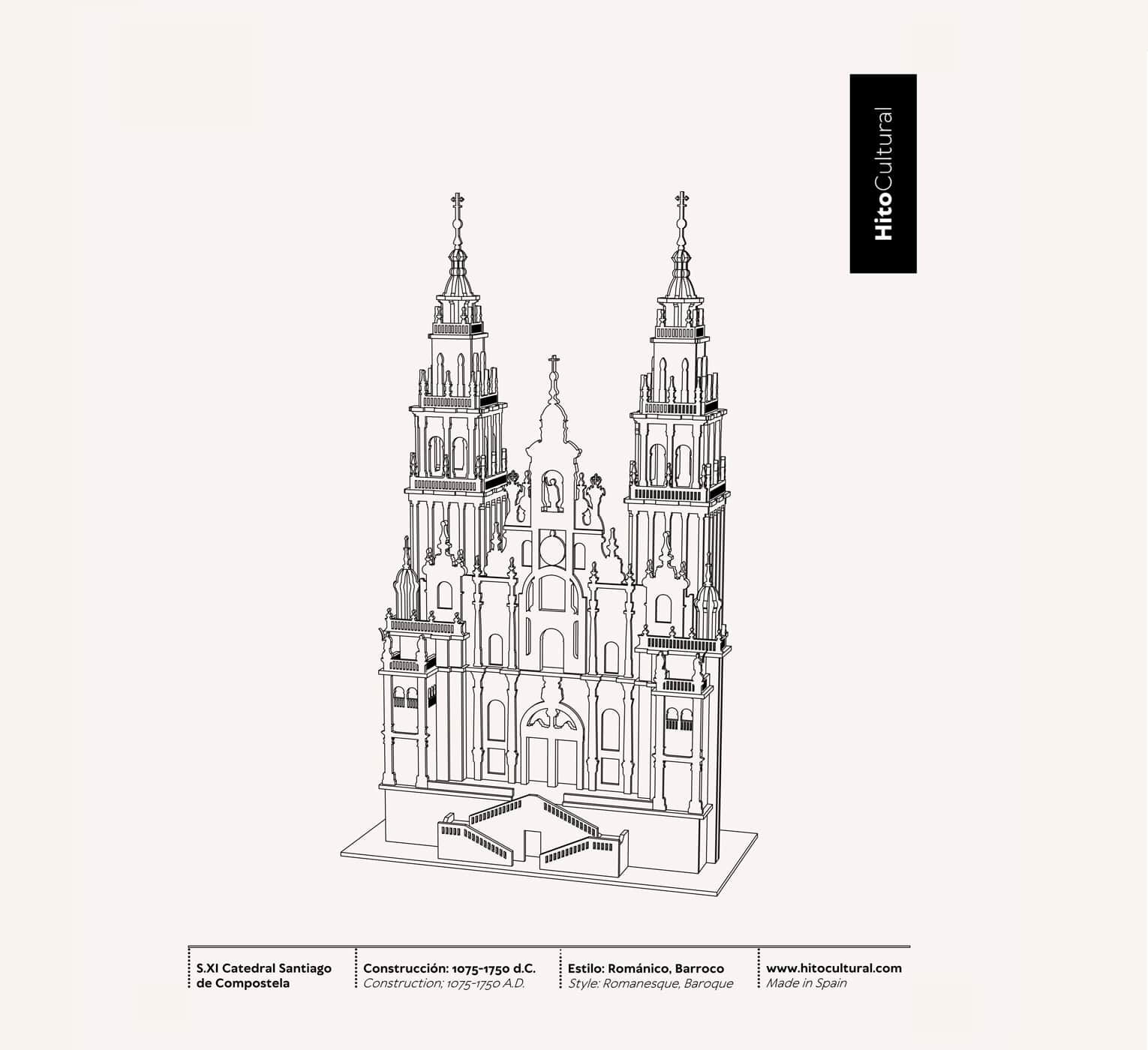 Santiago de Compostela is one of the three great cities of pilgrimage of Christianity along with Jerusalem and Rome. Since the 9th century, pilgrims come to the city by the Camino de Santiago, First Cultural Route and World Heritage Site. Its purpose is to venerate the tomb of the Apostle James, which according to tradition is located under the altar of the cathedral.

The construction of the Cathedral of Santiago began in 1075 AD in Romanesque style; it houses the tomb of the apostle Santiago, which according to tradition is discovered in this place where pilgrims go to venerate him. Faced with the poor state of preservation of the facade of the original Obradoiro of the temple, in 1738 AD. C. begins the construction of a new one, it was conceived as a Baroque curtain façade of monumental scale structured by two towers that flank a central body articulated on two levels and three streets; with predominance of the curved line in the ornamentation.